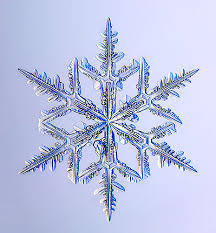 Something makes me wake up and feel a sense of itchy irritation. Dazed with sleep I sit up, look around and am reminded of the fact that I find myself in what most people would call a safe and familiar environment. I now find this less strange than before and it makes me feel proud and at home. Nevertheless I feel this itchy irritation.

When my eyes are drawn to the bedroom window I discover the cause to my underlying irritation. I get up and walk up to the window. Outside the white snowflakes are falling to the ground, something I have always disliked and one of the reasons why I settled down at the south coast. The snow reminds me of when I first got here, and we last were in touch here on the blog, in November 2010. The euphoria in the city of Malmo was total. The sniper, who for some time had spread fear in the city, was captured and Malmo FF were the Champions in fotball for the second timeunder the 2000 century and strengthened their position as the best team in Swedish fotball ever. Today the fear, which then was spread by the sniper is back with full force and we are once again reminded of that short-term euphoria is the most dangerous thing. It makes us settle down and think that things are better than they really are.

Outside the window the snow continues to fall and while I am standing there studying the white mass I see something I have never noticed before. One lonely snowflake shines brighter than all the others as it whirls in the wind. As if it wants to show me how magnificent it is in its unique creation and that it rest something distinct in its origin. With this before my eyes I am struck by the enlightenment of what life wants to show me – See every individual thing as something unique and use your creativity to handle the uncomfortable.

The escalating trouble experienced in Sweden’s third largest city is the outcome of the complex problems I have earlier pointed out in the Review Syrianska FC. To think that assimilation is the solution to the severe problems brought on by unsuccessful integration is wrong. To try to get minorities to adapt to the surrounding culture by giving up their roots often results in loss of identity in the chosen groups, which eventually lead to alienation. Powerlessness in their life situation generates many of the destructive behaviors we see today. To spread propaganda of pronounced re-immigration politics will in time get the dilemma to grow, as the population is growing in the global world, and the problem runs the risk of striking back with increased impact. With other words, segregation is no longer an option. Maybe it is time, in the year of 2012, for more creative solutions to complex problems, instead of what has been done so far, setting up for conflicts.

Just as the snowflake is unique we have to see that every individual is a unique creation, with is own distinct origin, that should not be incorporated in the surrounding cultural society. The individual and its surroundings instead have to develop together, what i would like to call to togetherate. This would solve many of the worrying circumstances we live with today. We ought to get closer together physically, socially and mentally to create something positive and innovative. When the word integration has become a description of when one part is incorporated with the other we need a new concept that stands for a new ulterior togetherating thinking – internewgration.

With these new words ringing in my ears I peacefully lay down in my bed as the snow increases to fall outside the window. Before the sleep once again finds my tired body i unseekingly come to think about a dialog in Shawshank Redemption. In my opinion one of the best movies made:

– What are you talking about?

Begin typing your search above and press return to search. Press Esc to cancel.